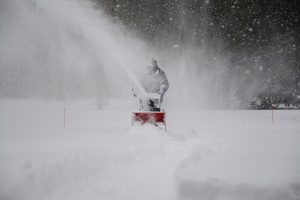 Aside from its role in stifling the growth of deadly pathogens and their insect carriers, winter has been vital for human development in many other ways. First off, wheat grows only where there are cool or cold winters. It’s a vital invention that helps feed the world. Other essential food crops, including corn (maize), potatoes, oats and barley, also grow better where there are cool or cold winters.

Not just crops but also the Industrial Revolution, and all the technologies that sprung from it, have their roots in the existence of winter. Though it usually isn’t explained this way, modern technology can be thought of as a by-product of the development of new ways to keep warm. But we’ve already invented steam engines and modern medicine, and these technologies aren’t going anywhere. What would be the biggest change that would occur if Earth suddenly lost its seasonal variation today? The moon ensures that Earth’s tilt remains stable, so seasons won’t ever vanish completely. However, global warming caused by greenhouse gas emissions could make winters milder.

So – the next time a customer tells you they are “happy winter is going away” tell them about this blog article.