When Does the Snowfall Stop & Start in Denver, Colorado?

What Months Does It Usually Snow in Colorado? 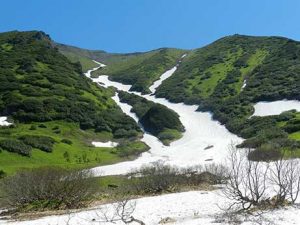 If you live in Colorado, then you know that the weather an change in almost an instant. When trying to plan for the inclement winter weather it’s good to know when Colorado has historically had snowfall. Typically Denver will see first snowfall in October and last snowfall in April.

Snowfall into the Warmer Months

In 2019 we’ve seen snowfall into May and even lightly in June. Begging the question in Denver, Colorado when does the snowfall stop?

Historically Denver’s latest snowfall was June 12th, 1947. For many this might be summer snowball fun, but for a commercial property manager this is the last thing you want. Scrambling to get the snow shovels out or call an emergency snow removal contractor to make sure your property is safe, could be a reality.

In Colorado the earliest snowfall came on September 3rd, 1961. It was only 4″ worth of total accumulation. It might actually surprised some to know that the largest september snowstorm ever to hit Denver, Colorado was on September 26-28, 1936 and had a total accumulation of 16.5″. Most commonly you’ll prepare for snowfall in October for the start of the season. We advise to be prepared through these months incase we see early season flakes.

If you find yourself in need of service early or late in the season, give us a call at (303) 750-8867 or contact us online today. Our snow removal teams are available even in June, so you won’t need to scramble, just pick up the phone. Our customers enjoy knowing that our teams are always there when the storms hit, so your business isn’t affected.