What are the Different Types of Snowfall in Colorado?

Denver area residents are all too aware that snow can pop up at a moment’s notice. We can usually see snowfall starting in October and lasting into April (or May!), which is great for our ski resorts, but not for our commercial properties and homes. Knowing what types of snowfall we may see here in Colorado will help prepare an effective snow and ice risk management plan.

First, let’s start with snow itself: Did you know there are two types of snow? 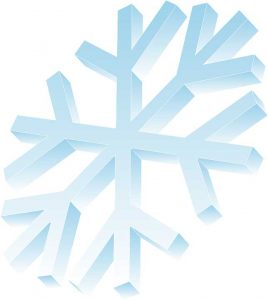 Wet snow forms and falls in altitudes where the temperature is close to the freezing point of water (32°F). Water crystals within snowflakes slightly melt and get trapped or frozen between unmelted crystals as they fall and land. This causes the snowflakes to be denser and wetter. This wet snow is heavier and compactable, making it great for snowball fights and building a snowman, but not that great for trying to clear off of roads and walkways.

Colorado snow is special because it is usually dry snow. Nearly all of our snow forms and falls at high elevations where air temperatures can be far below freezing. Subfreezing conditions keep the tiny snow crystals from partially melting and combining as snowflakes settle. Because there is less liquid water content, dry snow is lighter and fluffier; this wonderful champagne “powder” snow is what makes our ski resorts world-famous. Since dry snow is difficult to pack, however, it’s not good for making snowballs or building a snowman, but it’s much easier to clear from our roads and walkways.

Depending on the particular weather patterns on a given day, we may get dry snow or wet snow. There are several different weather events that we can have during the winter here in Colorado, and being prepared for them is all part of an effective risk management plan.

No matter what type of snow event hits or how much snow accumulates, Snow Management Services is prepared.