Weather 101: How Snowfall in the Mountains Differs from the Denver Metro Area 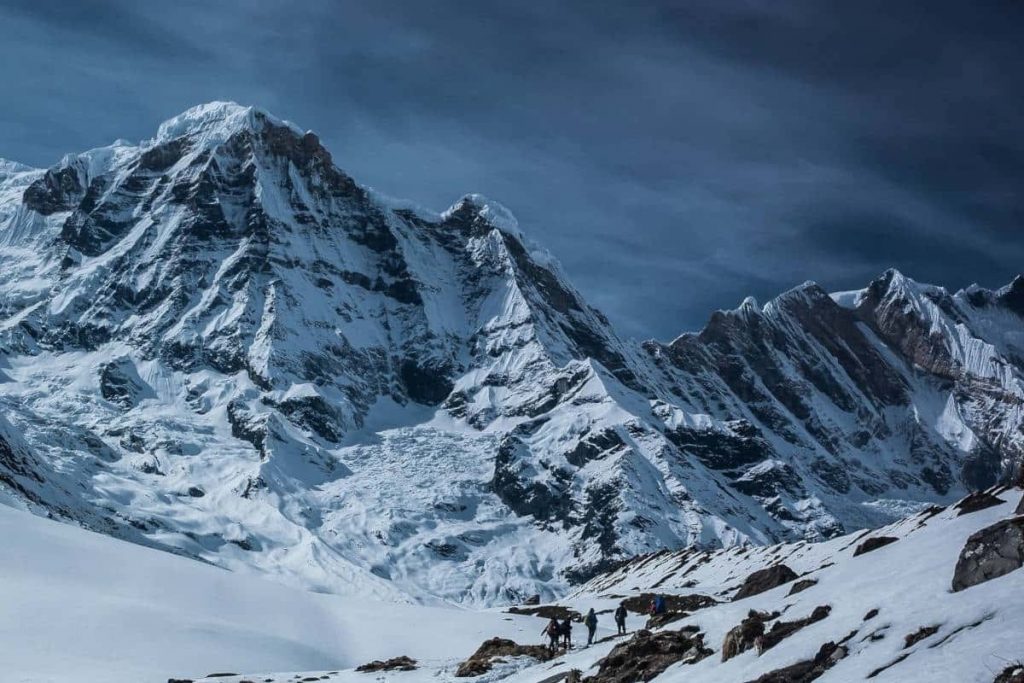 Living in the Denver metro area means living next door to the Rocky Mountains. Looking out to the west from practically anywhere in the city will give you a glimpse of the Rockies. Generally, it only takes an hour or so from the metro area to get up into the foothills, and many of our state’s great ski resorts lay just about 2 hours away (minus the traffic!) Even though we live a relatively short distance from the Rockies, this distance makes a big difference in the snow we receive compared to our neighbors to the west. But how does snowfall in the mountains differ from the metro area?

Snow Science in the Rockies

It’s good to start with a basic refresher course on the water cycle when explaining how snow in the Rockies and the Denver metro area is different.

In the normal water cycle, there are 4 basic steps:

However, the Rocky Mountains introduce some interesting circumstances to this cycle…

The presence of the Rockies creates a weather phenomenon known as upslope flow. When air encounters the mountains, it’s pushed upwards and above them. This causes the moisture in the air to cool and condense as it’s pushed to higher altitudes. Upslope flow effectively skips the heating step of evaporation. The air temperature at such high elevations is usually far below freezing. These subfreezing temperatures create snow crystals from the condensation, and the lack of any residual heat from evaporation prevents these crystals from slightly melting and combining into larger snowflakes as they float around.

This is what creates Colorado’s famous mountain “powder” snow: drier, fluffier, and lighter than normal snow.

After the air has passed over the mountains and creates precipitation, it begins to flow back down the other side of the mountains. This downslope flow begins to heat the air back up as it moves to lower elevations. This heating effect causes any leftover precipitation to start to melt. This partially melted snow can combine into bigger snowflakes and, in general, creates heavier, wetter snow. The higher temperatures can even cause snow to melt altogether and turn to rain or sleet.

These two weather effects are why snowfall in the mountains is different than snowfall in the Denver metro area. Even though snow in the metro area can be dry and powdery, it is still generally wetter than snow high up in the mountains, even if you can’t really tell the difference. Generally, most of Colorado’s snow falls in the Rockies, and the Denver metro area gets any leftover precipitation as it passes overhead. This is why snow totals can be so different from the metro area to the mountains, even though we live so close to them.

Difference of Accumulation in the Mountains

Even though the mountains get most of the snow, time has shown us again and again that there’s more than enough snow to go around in the metro areas too.

If you are looking for professional, dependable snow removal services for your Denver area commercial property, look no further than Snow Management Services. For over 25 years, we have helped property owners keep snow, ice, and liability risk at bay.

We offer the full range of commercial snow and de-icing services, including sidewalk management and snow hauling. To see what we can do for your property, give us a call at (303) 750-8867 or contact us online today.