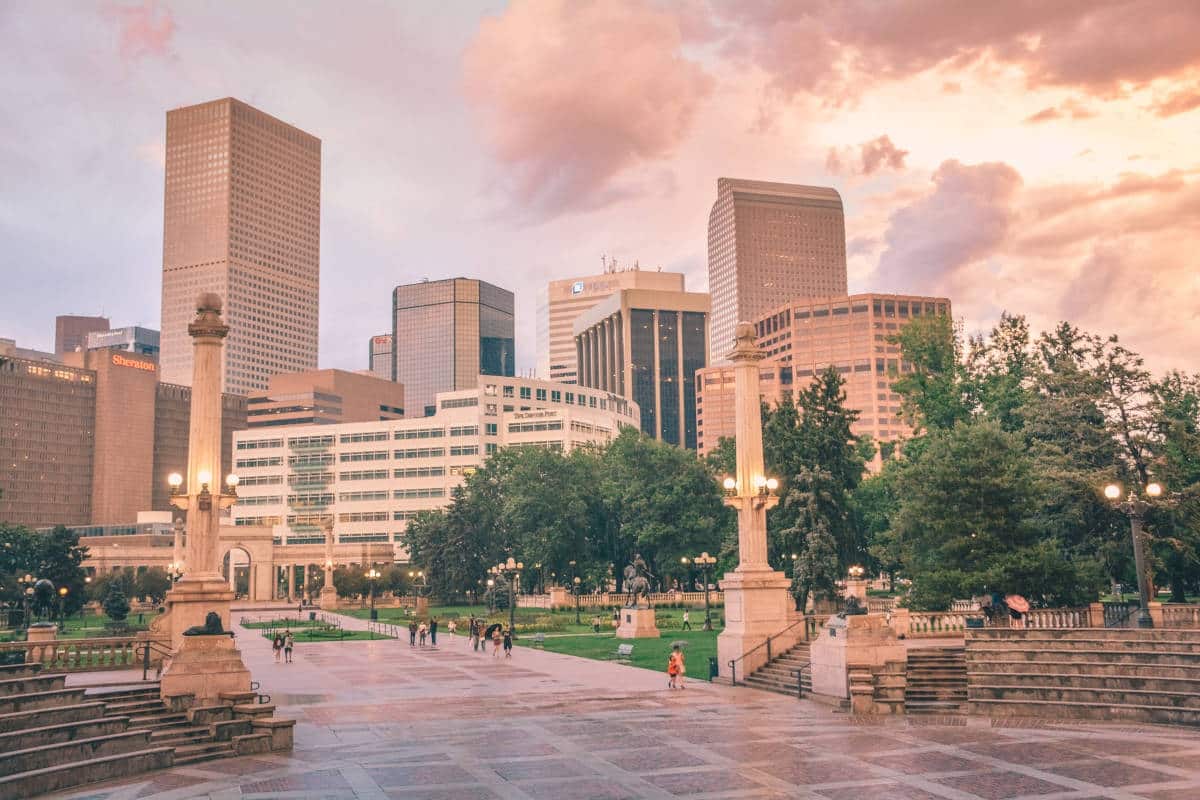 After a long wait, Denver’s snow season is finally back! With our first snow of the season in the books, we can hopefully start to recover from another year that saw drought conditions worsen across the state (and the southwestern US as a whole).

Although our first snow of the year was rather light (depending on where you live in the Denver area) we’ve already claimed 2 records – not ones to be happy about, but records nonetheless.

Here’s how this year’s snow drought stacks up against years prior, and what it may mean for the coming snow season:

Denver is no stranger to long periods without snow, but this year took the cake. In 2021 we experienced 232 consecutive days without measurable snowfall (0.1″ or greater) here in Denver. This is tied for the longest snow drought in Denver’s recorded history – a record set all the way back in 1887! Here are the 5 longest droughts we’ve had in Denver since we began recording snowfall in 1882: 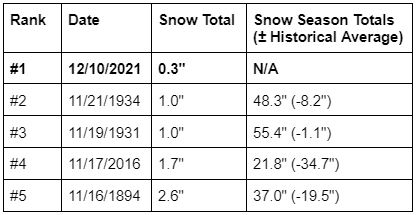 The 0.3″ from this year’s first snow was recorded at Denver International Airport, but most areas around Denver got anywhere from 0.5″ to 2.5″ of accumulation from our first snow. What’s concerning is that there appears to be a trend correlating late first snowfalls to having dry winters (below the historical average of 56.5″).

Even more concerning is putting this data with Denver’s 5 longest snow droughts; excluding this year, all the others had snowfall totals far below the historical average.

These two graphs together suggest that we may be in for a dry winter here in Denver. But even though we’ve had a slow start to the snow season, it’s not a sure thing that we’ll see less snow than normal. Remember that we had a pretty dry winter through most of the 2020-2021 snow season – without the 34″ we received from March 2021’s snowstorm, we would have finished the season right around 10″ under average, instead of 2 feet above average.

Even during dry winters, large winter storms can drop in on us at any moment should the conditions be just right. As a property owner, it’s essential to be prepared for covered parking lots, icy sidewalks, and other winter risks throughout the snow season. Keep your property safe with a trusted, experienced snow removal contractor.

Winter planning and preparation will make sure your business or commercial property runs smoothly regardless of the weather. At Snow Management Services, our winter planning & risk management will ensure that your property is prepared for even the worst winters – way before the snow starts. We also offer the full range of snow removal and de-icing services, including sidewalk management and off-site snow hauling. To see how SMS can keep your Denver commercial property prepared for whatever winters throw at you, give us a call today at (303) 750-8867 or get in touch with us online to get started.